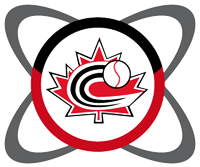 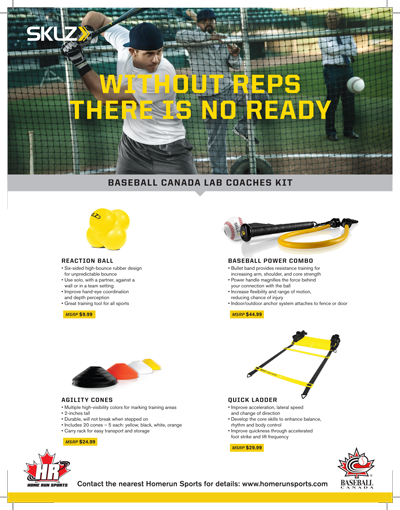 Measure out and mark a 30 feet line on the floor. Find the midway point at 15 feet and mark it. Start straddling the centerline and begin by sprinting to the right or left and touching the line at 15 feet with your right hand. Sprint back to the left, cross the mid-point and touch the far line with your left hand, 30 feet away. Plant and push off, sprinting back through the starting line. Athlete can decide which side they want to start from. Time starts on the first move of the athlete and stops when they cross the middle point. Test is performed once.

Mark two small lines on the floor 150 feet apart. Start at one end with both feet behind the line. The timer should start the stopwatch on the first move of the athlete, as they begin running toward the other line. Once the athlete reaches the 2nd line, they firmly plant the lead foot on the line and push off, once again sprinting back towards the original line for 1 round trip. Repeat this round trip three times for a total distance covered of 900 feet.

Start by lining up 2 hurdles end to end on the floor, creating 1 long hurdle. Have a partner count the number of successful jumps the athlete can complete in 30 seconds. Begin by standing to one side of the cones. On the first move, the clock starts. Keeping your feet together, hop as quickly as you can side to side over the hurdles, making sure not to knock a hurdle over or you will have to start again. The number of successful jumps completed at the end of 30 seconds is your final result.

Athlete is standing, facing a wall where a square is drawn on the wall. At the signal to begin, the athlete has to bring his right hip up so the thigh/calf angle is about 90 degrees. From this position, the athlete has to tap the wall with the toe of his feet 2 consecutive times (double touch) before doing the same thing using his other foot. Square is to be 18 inches * 18 inches. It is recommended to have squares at different heights so each athlete has a 90 degree angle. The number of touches done in 15 seconds is the final score recorded.

From a standing position, the athlete touches in front of them, the inside part of his right foot with his left hand ; then touches his left foot using his right hand ; before performing the same task behind him. The athlete must perform as many cycles as possible during 30 seconds. A cycle is when the athlete makes 4 successful touches in a row.

A line is placed 2 meters from the wall. The athlete stands behind the line facing the wall. The ball is thrown from one hand in an underarm action against the wall, and attempted to be caught with the opposite hand. The ball is then transferred to the other hand so it can be repeated as many times as possible. The number of completions in 30 seconds is the final score recorded.

Athlete is placed behind the starting line located 5 meters from the wall. Athlete needs a tennis ball. Athlete must throw the tennis ball on the wall with an over-hand or side-arm action. Time starts on the first movement. The number of times the athlete throws and fields the ball in 30 seconds is recorded.